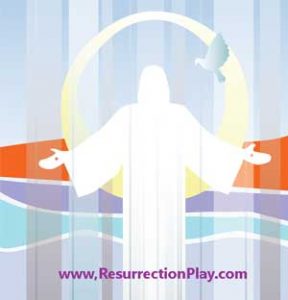 Easter Sunday marks the resurrection of Jesus Christ and, according to the Bible, Mary Magdalene went to the tomb along with some of Jesus’ disciples only to find Jesus’ body gone and an empty tomb. Jesus then appeared to Mary and his disciples and spoke separately to them for the next forty days. He then departed forever, promising his disciples that he would send the Holy Spirit to let the disciples know that God would never leave them, and then ascended into heaven.

Easter Sunday is the day that Jesus Christ rose from death and He had told his disciples before his arrest that He would be crucified, and those three days later He would raise from the dead. The third day after Good Friday happened to be Easter Sunday. It has thus become customary for Christians around the world to gather on Easter Sunday for a Sunrise Service that takes place on a hillside to enable everyone to view the sun as it rises.

There are also many Christians that take part in an Easter vigil and they usually light a new fire outside a church on a Sunday morning and it is also normal for a Paschal candle to be lit to celebrate Christ’s wounds, and this is carried into the church where it is used to light candles held by worshippers. Easter Sunday is the high point of the festival and is celebrated with parties, gift-giving as well as a celebration to rejoice in the rising from the dead of Jesus Christ, and his eternal life thereafter.

The focus of celebrating Easter Sunday is the resurrection of Jesus Christ which is the fundamental principle, as well as belief, of Christianity, and it is well documented through historical facts. Christians believe that Jesus died for their sins on the Cross on Good Friday and thus celebrate Easter Sunday, as they are of the firm belief that only Jesus Christ can give eternal life as it was only He that was successful in overcoming death.

Western Christianity celebrates Easter on a Sunday, which is the first Sunday following the first full moon after the vernal equinox. It is thus common for Western churches to calculate the earliest possible date of Easter as March 22 and the latest possible date is April 25. The Orthodox, or Eastern Christianity, celebrates Easter on a Sunday between April 4th and May 8th, which is usually a week after the date of the Western Easter, though in some years these dates coincide. It is common for Christians to wear new clothes on Easter Sunday.

The exact date that Easter Sunday falls from year to year changes because it is based on the lunar calendar, but it is celebrated on the first Sunday after the full moon, on or later than March 21.