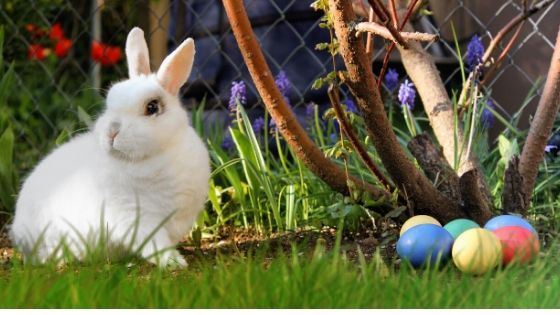 All You Need To Know About Easter Bunny History

Easter bunny history stems from pre-Christian fertility lore that has its roots in Germany.  This is because the rabbit is the most fertile animal and so it served as a symbol of the new life that begins during the Spring season.

It is first mentioned in the 1500s, where it was found in some of the German writings of that time.  Therefore, it should not surprise anyone that Germany was also the first place where edible Easter bunnies were made.  In the early 1800s, Germany made these edible bunnies out of a combination of pastry and sugar.

The Easter bunny became a part of American folklore in the 1700s, or the 18th century.  This was when the first German settlers arrived in the Pennsylvania Dutch country.

These German settlers’ children considered Easter to be their greatest pleasure; next to having Santa visit them on Christmas Eve.  German children believed that if they were good children, then the Easter bunny would lay a nest of colored eggs for them.

From that point on, American children have always looked forward to a visit from the Easter bunny at the beginning of the spring season.  Of course, these children also knew all about the great pastry and sugar combination treat that depicted the Easter bunny for them.

It was also a tradition, at that time, for children to build a nest for the Easter bunny to lay the eggs in for them to find on Easter morning.  These nests were built in a secluded part of the home, barn or garden.  Children would then lay their caps or bonnets down to make the nests in that area.  It was not until later on that the use of elaborate Easter baskets became a part of the Easter tradition.

Another part of the story that is founded in mythology is the eggs.  Bunnies give birth to live babies while birds lay eggs and this is where that idea came from.