Easter Songs Have Been Sung Since Pagan Times.

Even though Easter was originally a pagan ceremony, it is now a central part of Christian worship.   Easter is a time when churches around the world ring out with Easter songs about the Resurrection of Christ.  In fact, the Easter songs that date back to ancient times were a main source of inspiration for popular hymns that were composed and song much later.

Early Second Century Songs That Praised The Resurrection of Jesus.

There are Easter songs, dating back to the second century, that praised the Resurrection.  From the fourth century, the magnificent Latin hymns relating to Easter were full of exaltation  and were sung at the lighting of the Easter candle. A prevalent Easter song is a chant known as the “Exsultet” or the “Easter Proclamation,” which is still sung in Catholic, Anglican and various Lutheran and Methodist churches during Easter. Though its origins are uncertain, it has been attributed to Saint Jerome or to Saint Augustine. 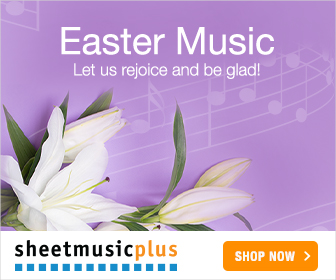